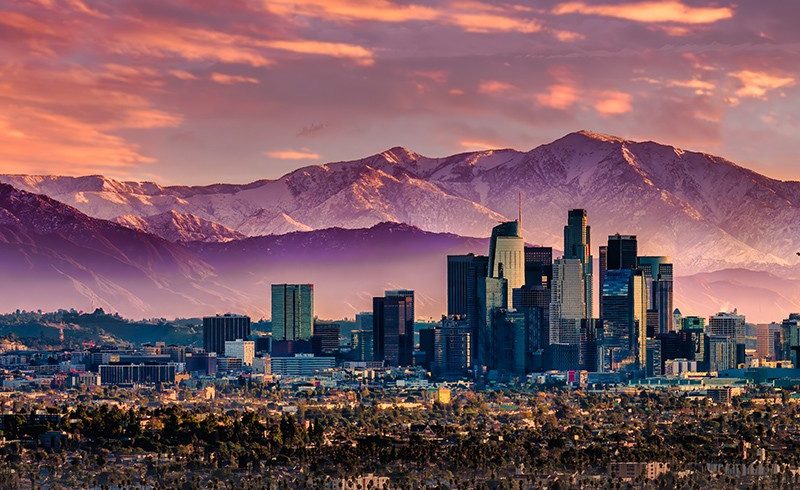 Washington, DC, the U.S. capital, is a compact city on the Potomac River, bordering the states of Maryland and Virginia. It’s defined by imposing neoclassical monuments and buildings – including the iconic ones that house the federal government’s 3 branches: the Capital, White House and Supreme Court. New York City comprises 5 boroughs sitting where the Hudson River meets the Atlantic Ocean. At its core is Manhattan, a densely populated borough that’s among the world’s major commercial, financial and cultural centers. Its iconic sites include skyscrapers such as the Empire State Building and sprawling Central Park. Niagara Falls, Ontario, is a Canadian city at the famous waterfalls of the same name, linked with the U.S. by the Rainbow Bridge. Its site on the Niagara River’s western shore overlooks the Horseshoe Falls, the cascades’ most expansive section. Elevators take visitors to a lower, wetter vantage point behind the falls. Las Vegas, often known simply as Vegas, is the 25th-most populous city in the United States, the most populous city in the state of Nevada, and the county seat of Clark County. The city anchors the Las Vegas Valley metropolitan area and is the largest city within the greater Mojave Desert. Los Angeles is a sprawling Southern California city and the center of the nation’s film and television industry. Near its iconic Hollywood sign, studios such as Paramount Pictures, Universal and Warner Brothers offer behind-the-scenes tours. On Hollywood Boulevard, TCL Chinese Theatre displays celebrities’ hand- and footprints, the Walk of Fame honors thousands of luminaries and vendors sell maps to stars’ homes. San Francisco, officially the City and County of San Francisco, is the commercial, financial, and cultural center of Northern California. The city proper is the fourth most populous in California and 17th most populous in the United States, with 815,201 residents as of 2021.

When is the best time to visit USA?

You can visit USA at any time of the year. Summer and winter temperatures vary by only about 10ºC over most of the country, making USA an ideal holiday destination all year round.USA has four quite distinct seasons – Spring (September – November), Summer (December – February), Autumn/Fall (March – May) and Winter (June – August).In summer there’s plenty of sunshine, and activities in and around the water include rafting, snorkelling, diving and kayaking.You’ll find snow on the mountains in winter and excellent skiing.

Do I need a passport or visa to enter USA?

All visitors to USA must carry a passport that is valid for at least three months beyond the date you intend to leave the country.Most visitors who intend to stay for less than three months do not require a visa. If you want to stay longer than three months, or your country of origin does not have a visa waiver agreement with USA, then you will need to apply for a Visitor’s Visa.

Is it safe to drink the water in USA?

USA cities and towns have excellent water supplies and in all cases tap water is fresh and safe to drink. Water from rivers and lakes should be boiled, chemically treated or filtered before drinking to avoid stomach upsets.

USA offers a wide range of accommodation options from top-class hotels, exclusive lodges, motels, guest houses, and farm or homestays to holiday parks and backpacker hostels.You might also like the freedom to discover USA at your own pace in a campervan. Two, four or six berth vans are available to rent, offering all the comforts of home including a shower, refrigerator and microwave.

AUSTRALIA 8 Days
৳ 89,999
Melbourne is the coastal capital of the southeastern Australian state of Victoria. At the city's centre is the modern Federation Square development,with plazas, bars, and...
View Details
Available through out the year:

SOUTH AFRICA 6 Days
৳ 59,999
South Africa is a country on the southernmost tip of the African continent, marked by several distinct ecosystems. Inland safari destination Kruger National Park is...
View Details
Available through out the year: