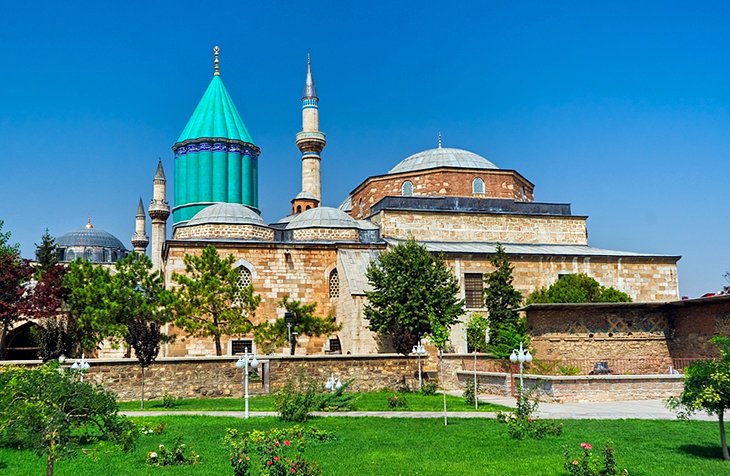 Istanbul is a major city in Turkey that straddles Europe and Asia across the Bosphorus Strait. Its Old City reflects cultural influences of the many empires that once ruled here.The iconic Byzantine Hagia Sophia features a soaring 6th-century dome and rare Christian mosaics. The Bosporus Strait or Bosphorus Strait is a natural strait and an internationally significant waterway located in Istanbul in northwestern Turkey. It forms part of the continental boundary between Asia and Europe. Kuşadası is a beach resort town on Turkey’s western Aegean coast. A jumping-off point for visiting the classical ruins at nearby Ephesus (or Efes), it’s also a major cruise ship destination. Its seafront promenade, marina, and harbor are lined with hotels and restaurants. Ephesus is an ancient city in Turkey’s Central Aegean region, near modern-day Selçuk. Its excavated remains reflect centuries of history, from classical Greece to the Roman Empire – when it was the Mediterranean’s main commercial center – to the spread of Christianity. Pamukkale is a town in western Turkey known for the mineral-rich thermal waters flowing down white travertine terraces on a nearby hillside. It neighbors Hierapolis, an ancient Roman spa city founded around 190 B.C. Antalya is a Turkish resort city with a yacht-filled Old Harbor and beaches flanked by large hotels. It’s a gateway to Turkey’s southern Mediterranean region, known as the Turquoise Coast for its blue waters. Remnants remain from Antalya’s time as a major Roman port. Konya is a city south of Ankara in Turkey’s Central Anatolia region. It’s a pilgrimage destination for Sufis, focused on the tomb of the founder of the Mevlana order, Jelaleddin Rumi, in the Mevlana Museum. Sema whirling dervish ceremonies take place at the Mevlana Cultural Center, east of  the museum. Cappadocia, a semi-arid region in central Turkey, is known for its distinctive “fairy chimneys,” tall, cone-shaped rock formations clustered in Monks Valley, Göreme and elsewhere.

TURKEY 6 Days
৳ 43,999
Istanbul is a major city in Turkey that straddles Europe and Asia across the Bosphorus Strait. Its Old City reflects cultural influences of the many...
View Details
Available through out the year:

GREECE - TURKEY 9 Days
৳ 75,999
Athens is the capital of Greece. It was also at the heart of Ancient Greece, a powerful civilization and empire. The city is still dominated...
View Details
Available through out the year:

TURKEY 5 Days
৳ 35,999
Istanbul is a major city in Turkey that straddles Europe and Asia across the Bosphorus Strait. Its Old City reflects cultural influences of the many...
View Details
Available through out the year: