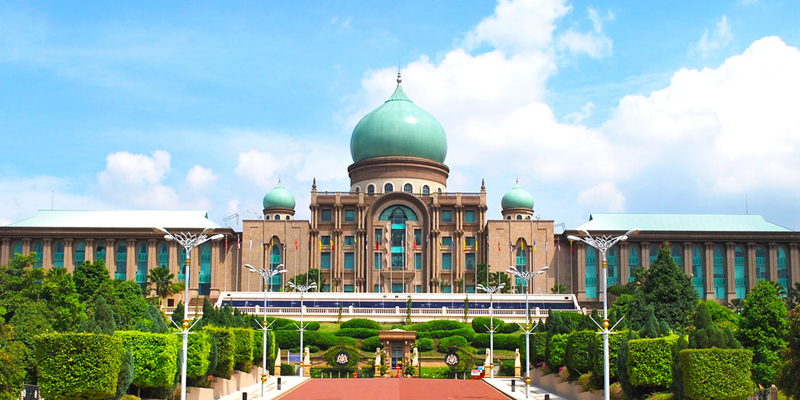 Kuala Lumpur is the capital of Malaysia. Its modern skyline is dominated by the 451m-tall Petronas Twin Towers, a pair of glass-and-steel-clad skyscrapers with Islamic motifs. The towers also offer a public skybridge and observation deck. Genting Highlands is a hill station located on the peak of Mount Ulu Kali in the Titiwangsa Mountains, central Peninsular Malaysia at 1,800 meters elevation. Located in the state of Pahang. It was established by the late Chinese businessman Lim Goh Tong in 1965.Batu Caves is a mogote that has a series of caves and cave temples in Gombak, Selangor, Malaysia. It takes its name from the Malay word batu, meaning ‘rock’. The hill was originally known as Kapal Tanggang from the legend of Si Tanggang.Putrajaya is a city in Malaysia, south of Kuala Lumpur. It’s known for its late-20th-century architecture including the Putra Mosque, made from rose-colored granite with a pink dome. Nearby is the immense, green-domed Perdana Putra, which contains the prime minister’s office complex.

Is Malaysia a family friendly destination?

Malaysia is most definitely a family-friendly destination with stunning beaches, great food, and a fascinating culture to experience. Explore the bug and butterfly park on Penang Island or visit Legoland theme park in south Malaysia, there is something for everyone!

Is there transportation within Malaysia?

Much of your travels throughout the country will be by bus, minivan, or long-distance taxi and even domestic flights between different regions can be quite convenient. Taxis and hired drivers are easily available everywhere.

When is the best time to travel to Malaysia?

It is strongly advised NOT to drink tap water in Thailand. It’s best to stick to boiled, treated or bottled water.

What currency is used in Malaysia?

The currency used throughout the country is the Malaysian Ringgit (MYR). Credit cards are widely accepted in most hotels, shopping malls and restaurants and there are plenty of ATMs in Malaysia’s main tourist areas, whereas it’s advisable to use local currency in cash if buying from small vendors.

What language is spoken in Malaysia?

The official language of Malaysia is Malay.

Do I need a visa to travel to Malaysia?

A visa is not required when travelling from Canada or the United States as a tourist for up to 90 days.

Internet access is good in most major areas of Malaysia. WiFi is available at most restaurants, bars, cafes, hotels and malls but login prompts may be in Chinese. Spotty areas exist in remote areas and villages in Malaysia.

There are two types of toilets in Malaysia – 1) Western sit-down toilets and 2) Asian squat toilets. Most hotels and shopping malls will offer the western sit-down option. Some public bathrooms will not provide toilet paper or soap, so we recommend you bring your own tissues and hand sanitizer.

USA 12 Days
৳ 209,999
Washington, DC, the U.S. capital, is a compact city on the Potomac River, bordering the states of Maryland and Virginia. It’s defined by imposing neoclassical...
View Details
Available through out the year: