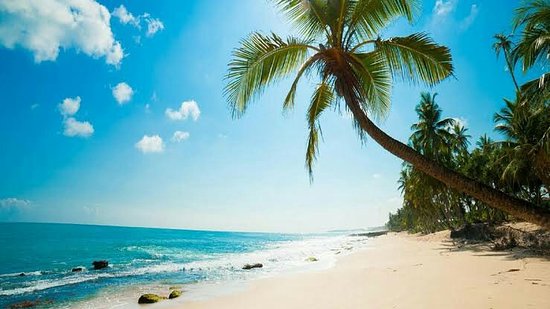 COX’S BAZAR is one of the world’s longest an unbroken 125 km sandy sea beach. It is located 150 km south of the industrial port Chittagong. Today, Cox’s Bazar is one of the most-visited tourist destinations in Bangladesh, though it is not a major international tourist destination. In 2013, the Bangladesh Government formed the Tourist Police unit to better protect local and foreign tourists, as well as to look after the nature and wildlife in the tourist spots of Cox’s Bazar.

ST. MARTIN ISLAND is a small island (area only 8 km2) in the northeastern part of the Bay of Bengal, about 9 km south of the tip of the Cox’s Bazar-Teknaf peninsula, and forming the southernmost part of Bangladesh. There is a small adjoining island that is separated at high tide, called Chera Dwip. It is about 8 kilometers (5 miles) west of the northwest coast of Myanmar, at the mouth of the Naf River. The local names of the island are “Narical Gingira”, also spelled “Narikel Jinjira/Jinjera”, which means ‘Coconut Island’ in Bengali, and “Daruchini Dwip”. It is the only coral island in Bangladesh.

Day 1 :
COX’S BAZAR The Longest Sea Beach
Depart Dhaka for Cox’s Bazar in the night at 22:00 by AC/ Non AC Bus. Overnight bus journey.Upon arrival the wistful destination Cox’s Bazar in the morning (approx. 07:00) transfers to the hotel. Please be noted that international check in time is 14:00. Early check in is subject to availability. After lunch the time is yours. Afternoon is only for the beach activities. Evening is free for shopping. There are many options to buy things like, Dry fish, Handy crafts, Bermis pickle etc. Please don’t forget to take your dinner in time at 20:00! After dinner you are free to make everything on your own. Overnight stay at the hotel.
Day 2 :
COX’S BAZAR – ST. MARTIN
Early in the morning at 06:00 board on the bus for Teknaf. Breakfast will be served in the bus. After breakfast board on the ship at 09:00. Ship will start at 09:30 for the St. Martin. Arrive St. Martin at 12:30 and transfer to the resort/hotel. After lunch (13:30) you are free to pass the all day as you wish. Taking dinner it’s up to you whether you pass the night at your hotel room or by the side of the beach. It is the chance to make the tour memorable, so our guide will not make any disturb to spoil your program! Rather will keep his hand twenty four hours to provide you the needed services.
Day 3 :
CHERADWIP
Early in the morning get up from the bed; get ready to visit the one of the most attractive points named Chera Deep. It is said that without visiting the Chera Deep, visit St. Martin is worthless. Chera Deep is waiting to show its total beauty to the guests. Visiting the Chera Deep every guests will be satisfied, no doubt about this. Back to hotel and after lunch at 14:00 board on the ship to return Teknaf.Depart Teknaf for Dhaka in the evening at 18:00 by AC/ Non AC Bus. Overnight bus journey.

Dubai 6 Days
৳ 30,999
Dubai is a city and emirate in the United Arab Emirates known for luxury shopping, ultramodern architecture and a lively nightlife scene. Burj Khalifa, an...
View Details
Available through out the year: